A step-by-step guide to lobbying your elected officials. Ready your power suit!

Source: Be The Change: A Simple Guide to Lobbying Your Elected Officials Like a Pro | Autostraddle

This is a How-To guide on lobbying your elected official. This is something we should all take note of. We can’t just sit back and ignore the toxic politics swirling around us. We have to get involved and do something.

In December, the U.S. Immigration and Customs Enforcement agency released several hundred immigrants at Greyhound bus stations in El Paso, Texas and San Diego, California. Many of these individuals arrived from the U.S.-Mexico border and were given the option to try to find an available shelter once released.

Source: How to Help Migrant Families Entering the U.S.

This article has some good resources to donate to, if you are so inclined.

This is a very detailed article with a lot of sources. It discusses the anti-semitism, the finance issues, and it briefly discusses the lack of LGBTQ presence in the Women’s March leadership.

Source: Is the Women’s March Melting Down? – Tablet Magazine

Post election, America was a powder keg of frustration, and people mobilized. The Women’s March was instrumental, with a lot of decentralized groups working together to make it happen.

To hear that the women in leadership are behaving this way is shocking to me. I have no love for how Palestine is treated, but Jewish Americans are targeted for religions discrimination at a rate that is fucked up. To imply or support anyone that seems to believe some sort of racist conspiracy theory like Louis Farrakhan, is not okay by me. It’s very telling that every Jewish woman that was involved left.

I had wondered why the Women’s March had not tapped into the very active and established activism of the LGBTQ community. We have the experience of the same sex marriage fight, and decades of this under our belt as a community. Yet, there is not much crossover.

It’s a really long article, but it’s a good one.

I feel the Women’s March was one of those gestalt moments in history where as a people we were all of one mind. You can’t make a corporation, fleece out all that money, and capture that magic a second time.

For the record, as a financial auditor? That explanation of their books would have me digging for more. Red flag! Red Flag! 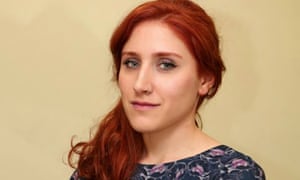 Add another whistleblower to the list of people trying to bring unethical and harmful people to justice that got fucked because of it.

I truly believe in whistle blowing, but if you need to do so, be fucking careful and protect yourself.

We live in a country where if you have enough money, you can buy your way out of jail while you await trial. This is profoundly unjust to people who don’t have ready cash on hand. Today, for #FreeThePeopleDay, consider donating the cost of one New Year’s Eve cocktail to a bail fund.

Source: Help Bail Someone Out Tonight for the Price of a Drink

Have a few bucks to help? This is a good cause.

In my last security training at the DoD, before I left, they had retooled the click through online class to include the horrors of “Bradley” Manning. It’s of special note, that they refused to use her first name Chelsey.

They then gave an explicit definition of whistle blowing which said you can only report to your superiors, and if you deviate and report the problem anywhere else you can be charged by law up to and including possible treason.

This gal was trying to get the word out on Russian involvement with the elections. A fact that has been corroborated again and again, and the men that did corroborate with the Russians did not get the 5 year jail sentence she did.

Autostraddle is proud to add our name to the list of publishers who stand in solidarity with this statement on the importance of trans inclusion in our communities. We were invited to participate in this declaration by the editor and publisher of UK’s DIVA Magazine and I participated in consulting on the letter’s content.

As I recently discussed on twitter, Autostraddle isn’t perfect, but we have been and remain committed to trans inclusion, highlighting trans voices and listening to ways we can do better. (P.S. Please pitch us! We are especially interested in pitches from LBQ trans women, particularly trans women of color!) Trans women are women, and trans people have been at the forefront of so many LGBQ activist movements over the years. Advocating for rights, freedoms and representation for trans women does not take away from the work we are committed to for all lesbian, bisexual and queer women — many of whom are also trans.

Source: Not In Our Name: A Statement on Trans Inclusion From Lesbian Editors and Publishers | Autostraddle

This is a bit of nice Christmas news. A lot of the lesbian publications have come together to denounce the hatred of transgender people, and have taken a pledge to stand with their transgender sisters.

I might suggest if you are looking for Queer news with a lesbian focus, those publications are a good start.

This is for tomorrow. Click on to see where it is happening closest to you.

Bad faith arguments aren’t “real” positions; they’re proxy positions people take for rhetorical purposes. In some cases, a bad faith position can be intentional. For instance, Sen. Mitch McConnell made up a “Biden rule” to justify stealing a Supreme Court seat. Instead of arguing about the merits of refusing to hold a vote on President Barack Obama’s justice nominee Merrick Garland, McConnell made a proxy argument about Democrats being hypocrites for complaining about his power grab. And indeed, many Republicans and independents came to believe that the “Biden rule” was real and that McConnell was simply playing hardball politics just like the Democrats.

This isn’t full proof because people are just persistent assholes, but this is a good start.

At this point there are corners of the internet that are finally tuned brigade machines, which whip up hyper conservative alt-right posted into a frenzy and send them at anyone they can publicly reach for abuse. Then there is the fact that racist Uncle Carl now has a computer and wants to scream all day online about how the “illegals” and “mooslims” are out to destroy America. Both really suck to deal with. This field guide is a good start at deciding how you want to deal with it, and how much you want to invest in a bad faith argument.

Just the other day, I had to go to Facebook for something. I don’t go there usually, but then I see someone freaking out about the debunked idea that “illegal” immigrants are out there voting in elections. I did a drive by link drop on the facts, and then others came in to start pounding away at the stupidity of it all. This was a someone’s family member.

That’s why I don’t go to Facebook. It’s like a showcase of racism and stupidity, and that was before we had confirmation that the company was actively incompetent and evil.

So if you feel you need to engage, which we all do sometimes, this is a great article for that.

This is a comprehensive state by state guide to voting in the midterms. WHICH YOU SHOULD BE DOING! Get registered, and fucking vote. Even more so if they are trying to disenfranchise you from the action.