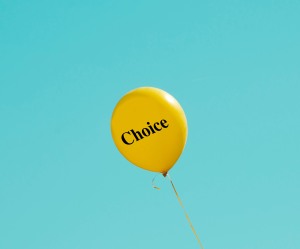 The ban on abortion in Alabama has been signed into law but is unlikely to go into effect for a long time, if ever, being purposefully designed to attract court challenges in order to take the case to the Supreme Court. Still, the law includes no exceptions for rape and incest and would be devastating and life-endangering for Alabama women—but at the same time, it’s about more, even, than Alabama. It’s about Roe v. Wade, and the health, human rights, and futures of all women and pregnant people in this country.

That said, it didn’t take Trump becoming president to render abortion virtually inaccessible for many women, and especially lower-income women of color, in several states, with myriad socioeconomic and geographic barriers already in place on the state and federal level. Since 1973, when Roe v. Wade was first decided, close to 1,200 state and federal laws restricting abortion access have passed, and as of 2014, around 90 percent of all U.S. counties lack an abortion provider.

Barriers to reproductive rights in this country have been taking us in this dreaded direction for years, but Donald Trump and his power to craft a judicial system and Supreme Court in the spitting image of his misogyny, has finally made the anti-abortion movement’s endgame a real possibility in America. After all, just this week, the U.S. Senate confirmed Wendy Vitter, Trump’s nominee for a federal judgeship in Louisiana, and a new, inexperienced, and radical opponent of abortion rights who has spread lies that abortion leads to cancer and suicide.

This is the culmination of decades of chipping away at abortion rights. The problem with the more progressive liberal side of things, is that it is by nature reactive. It takes a while to react, and when small slow changes accumulate, it’s hard to see what’s been going on.

Then, we have a sudden surge of bullshit, and the Supreme Court is already stacked with anti-abortion judges.

This article is a good read, if you are just becoming aware that this is a problem.