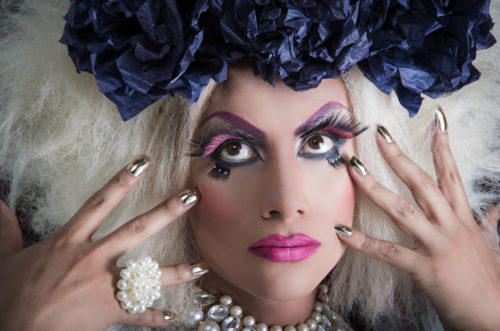 Evangelical Christians have a new target for their inane protests – drag queens. The perpetually perturbed are up in arms that drag queens are reading stories to children in public libraries.

I’ve been seeing an increase in news stories of these assholes all over. I mean, look at this guy who after being banned from the library in question, came armed. They declined to press charges on an armed man who had previously been banned for taking pictures of children, that burst into the library to threaten people reading children stories to children.

He also “complained of chest pains” after fighting with police. It was apparently a panic attack?

All I can think of with that story is when I ran a LARP, which is a live action role-play game that had all participants dressed in costume for a weekend of sword fighting, we had a guy who was notorious for fcukign with the rules. I was asked as an owner/referee to come along and make sure he couldn’t cheat. So the action goes down, and he sprints off into the woods, and down the park road. We all go after him.

He thought if he ran long enough we’d all give up, but since I, as an owner/referee was there, we all continued to pursue him. We all jogged close to five miles before he collapsed and said he was having a heart attack.

As an ex nurse, I assessed his out of shape ass, and offered to call him an ambulance, but while we waited, he’d better empty his pouches, because the rules stated all his in-game tags were forfeit to his pursuers. Suddenly he was fine, when he realized he wasn’t getting out of the repercussions.

To this day the name Buckner is notorious around the live action gaming circuit and synonymous with cheating. A local costumer even named some of their wares a Buckner special in an unflattering ode to the man.

So when I hear this Trump supporting asshole waved a gun around in a library, fought the police, then faked a heart attack when they tried to take him in? I think immediately he is another Buckner, who successfully got out of legal repercussions with his bullshit. Too bad the judge didn’t have an owner/referee to enforce the rules.